Historical fiction and mystery and romance, oh my

As part of an ongoing occasional series of interviews, here is my interview with UK based novelist Diana Jackson. 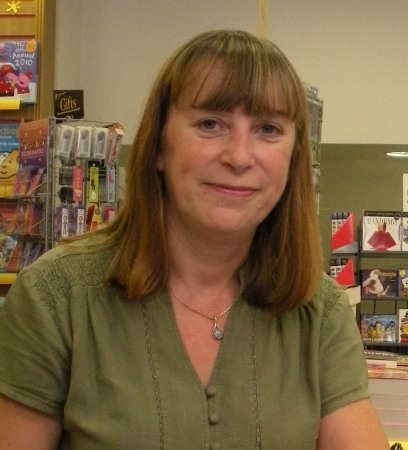 Thanks for appearing as a guest on my blog, all the way from the UK.  I know that you write romance and historical fiction and mystery all blended together.  What led you to this very interesting mashup of genres?

Ha! I don’t think novels should have to fit into genres, personally. There are love tangles in murder mysteries, just as historical fiction can just as easily be a detective series – set in Roman times for example. ‘Murder, now and then’ is a murder mystery set in the future – enough for me to be creative without being too sci fi, with flashbacks to 1919 – but there’s also a bit of psychology and a touch of romance too! Now you know why I didn’t try to submit it to a Trad publishing house!

Do you get a chance to visit firsthand the islands and areas in the UK about which you write?

Oh certainly. A visit to Alderney is an annual event and I’ve been to Guernsey many times ~ less so to Jersey but there’s nothing like having an excuse to carry out some research on a beautiful island. All of the islands have individual charm and with family roots in the Channel Islands, much like my characters, I’m drawn to their shores by a powerful but invisible thread.

Ever see any ghosts there?  You know I’m always looking for good fodder for my own ghost stories…

I’ve never seen any but parts of Alderney do seem a little haunted by their more recent history, being used as a prison by the Germans during WWII. My first novel, Riduna, set further back in the mid 19th century, begins with a bit of a ghost story as the fathers of my main characters are returning from the Divers, more than a little inebriated, when they encounter the Ghost of the White Bull charging towards them down Le Val. They are soon distracted by a fire on the horizon, a sudden sobering moment as they realise that another ship has been wrecked in the dangerous waters just off the coast of Alderney (Riduna in my novel) …I could go on…

I’m taking notes. So which of your own novels is your personal favorite? Please add a link for people to find it.

What a tough question! I love the Riduna Series ~ they are such an important part of my life but my recently released Murder Mystery has been such fun to write, as well as a challenge. People say I am maturing as a writer. Murder, now and then, is available on Kindle and in paperback on Amazon worldwide and I’m very proud of it!

How do you plot out your novels?  Are you a pants-er or a plotter?

Following substantial research, apart from a brief outline, I am unable to write a detailed plot – I find it does not allow the characters to lead me where they want to go. Mind you, I might have a bit of fun next time and argue with them!

I also keep a book of notes on character traits, chapter by chapter outline as I write them and key notes for further research. With MNAT I ended up with a large board of post-its to track the timing of events for each character.

What are you reading right now for fun?

Life after Life by Kate Atkinson and The Queen of Hearts by PJ Shann – an indie writer. I say both because I keep trying to read Life after Life but it irritates me so much that I turn to QofH for a good story to relax by. Are writers trying to be too clever for traditional publishers these days? I despair sometimes.

And the most dreaded author interview question, please describe your current novel in less than thirty words.

Murder, now and then is a murder mystery set mainly in the heart of England in 2019, with trips to Canada and The Channel Islands. Flashbacks throughout the novel take the reader to a true unsolved murder back in 1919 at an Haynes Park army camp, which become increasingly entangled with the murder of a farmer in his kitchen in 2019.

Better still, why don’t you watch the video: https://www.youtube.com/watch?v=9bHDH3dc39g

Ha–I’m not the only one challenged by 30 word summaries.  Finally, what’s on the drawing board?

I am just beginning to write the third and final part of the Riduna Series set in the 1920’s and 1930’s, but before that is released I have a couple of novellas up my sleeve – the first set in Scotland inspired by a wonderful nine month writer’s retreat in Fife, currently described in diary form on www.selectionsofreflections.wordpress.com.

Diana Jackson can be found at:

3 Responses to Historical fiction and mystery and romance, oh my

This site uses Akismet to reduce spam. Learn how your comment data is processed.